The Koolaanga Waabiny Playground (pronounced kool-lung-ga waa-bin) is the latest addition to Mandurah’s $22 million waterfront project, funded by state and federal governments and the City of Mandurah .

Prominently displayed on the western foreshore next to the Mandurah skate park, the playground features a 12-meter high play tower as the centerpiece of the world-class play space.

The design of the play tower is inspired by the local Swamp Sheoak trees (Koolyaanga). 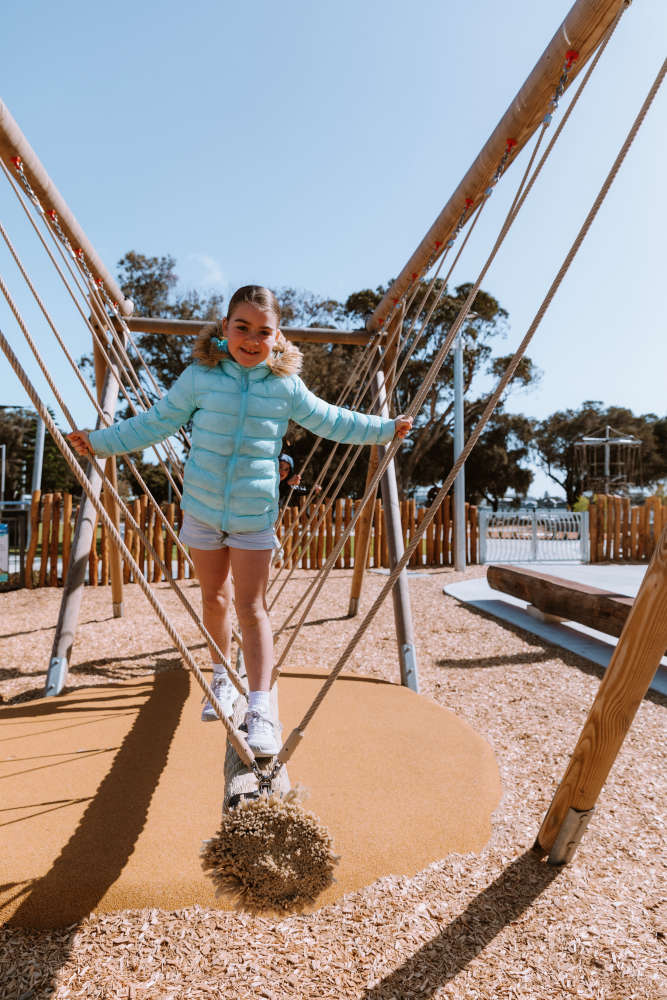 Mandurah’s world-renowned heritage, character and natural surroundings have been integrated into the overall design, including seating made from salvaged timber from Mandurah’s old bridge.

To celebrate the local bird life, a series of replica egg sculptures have been incorporated into the space, and a number of sculptures in the seats
and the logs represent local wildlife and part of the Serpentine River.

An art path connecting the play tower to the cubby modules tells the story of travel along the waterways, and the “mungah fish trap” fence references the traditional Barragup Fish Mungah trap on the Serpentine River.

Mayor Rhys Williams said it was a proud moment to open the new state-of-the-art playground, which will delight young and old alike.

“One of the highlights for me is how the play space has come to life. Many community members, including children, have helped us design the playground and it’s wonderful to see their thoughts and ideas incorporated into the final product. We have a play space that is fun, inclusive, imaginative and sparks curiosity, while carefully showcasing local stories, the environment and historical elements,” said the Mayor Williams.

“The play space was named in consultation with local elders, cultural knowledge holders and community members, Koolaanga Waabiny translating to ‘children playing’ and also linked to the Sheoak trees (koolyaanga) celebrated in the space.

“This amazing playground is such a special addition to our redeveloped waterfront spaces, adding yet another element of fun and excitement for the local community and visitors. We invite everyone to come and enjoy our new Koolaanga Waabiny Playground on their next trip to Mandurah, and we know this space will be so popular in the upcoming summer season. 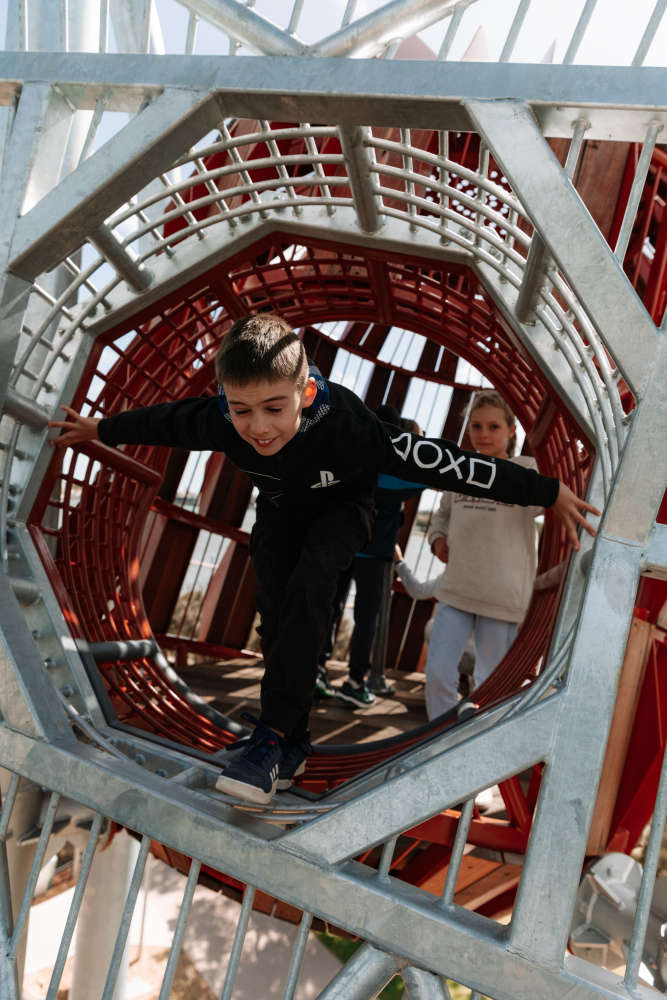