How sustainable forestry became a treetop playground in Nara Prefecture

The village of Totsukawa on the Kii Peninsula covers over 670 square kilometers. Only 3,000 people live in this remote region where 96% of the area is covered in steep, forested mountains. Trees are Totsukawa’s most valuable resource, and forestry has been its biggest industry for centuries.

Ironically, the verdant green that surrounds the area and brings it to life also spells trouble for locals in the years to come. The number of people in the whole village is steadily decreasing. Those with forestry knowledge and skills – as well as a desire to work and preserve the forests – are hard to find.

How to bring the townspeople in this wilderness and educate these playful problems was a question that a newcomer Totsukawa Jolan Ferreri was asked – and he found an attractive solution.

“I wanted to introduce a new way of playing and relaxing in the forest for adults. I think the Japanese are not playful enough and always feel a little stressed, so I wanted to create a Otona no asobi ba, a sort of playground for adults, in the forest. said Ferreri. The idea of Kuchu no Mura (Japanese) was born.

The idea of ​​“outdoor parks in harmony with nature” is said to have originated in France where the first treetop park was built in the late 1990s. This served as inspiration for Ferreri, but his treetop park was not to have an adventure challenge zip line, and there was a good reason for that.

“There are nearly 50 treetop parks in Japan, but Kuchu no Mura is the first without a zipline. Experience has shown that the installation of zip lines has a negative impact on trees. I wanted to use only tree-friendly technology when installing this park,” he says. 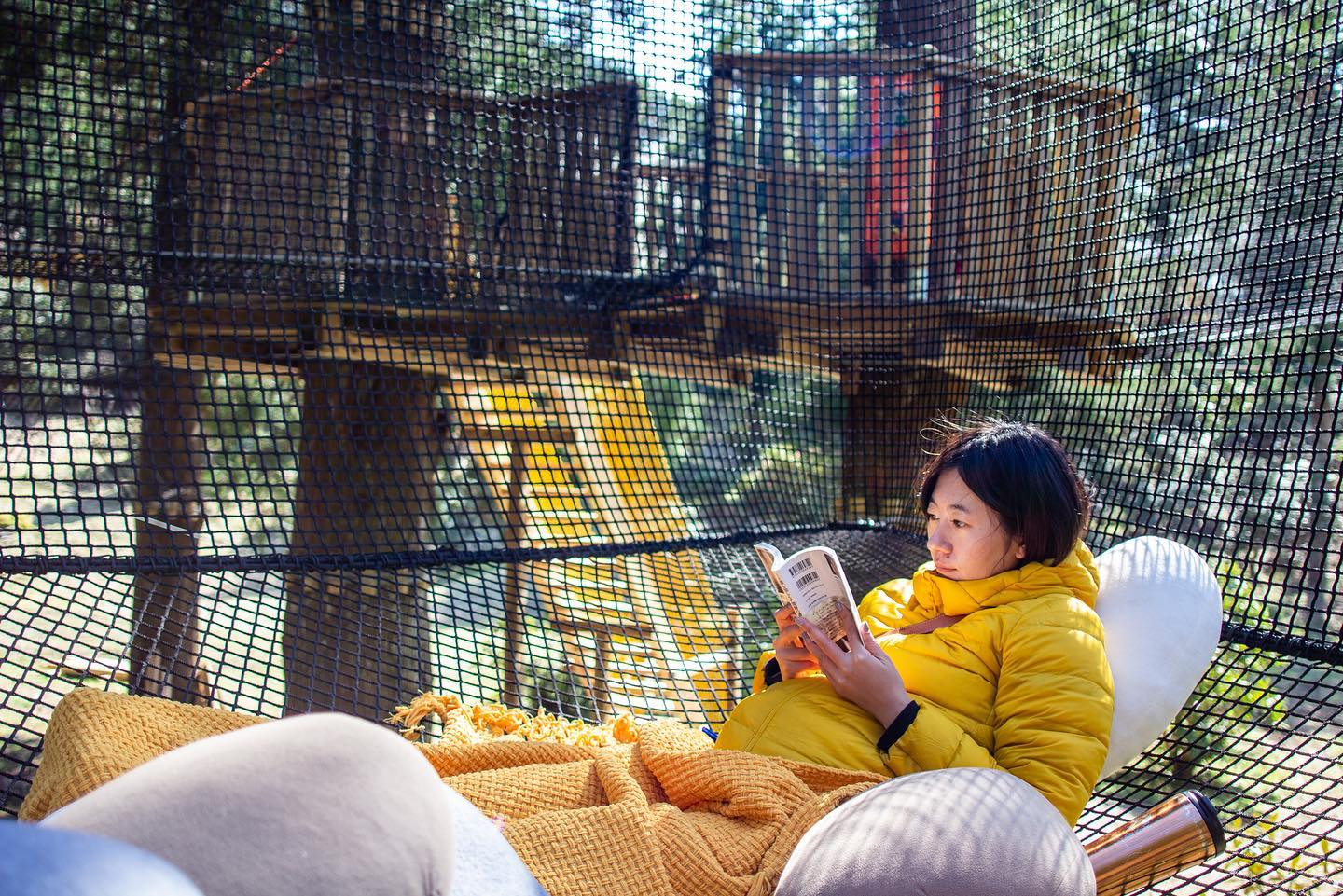 Thinking about forestry while relaxing at one of Kuchu no Mura’s five experience stations? Photo: Kuchu no Mura

He found support for his idea at the village office. They dedicated a two-hectare wooded area to the project and provided the financial support for the installation, which was awarded to a French company.

In April 2020, the park opened. Ferreri has set up a company that serves as the operator of Kuchu no Mura. He is the owner, CEO and director at the same time and he employs three staff members now. It has a small loan to cover initial operational expenses, but reached breaking point even last year (2021) when 5,000 visitors came to the park. This year he hopes for 6000 visitors.

From the business school in the forest 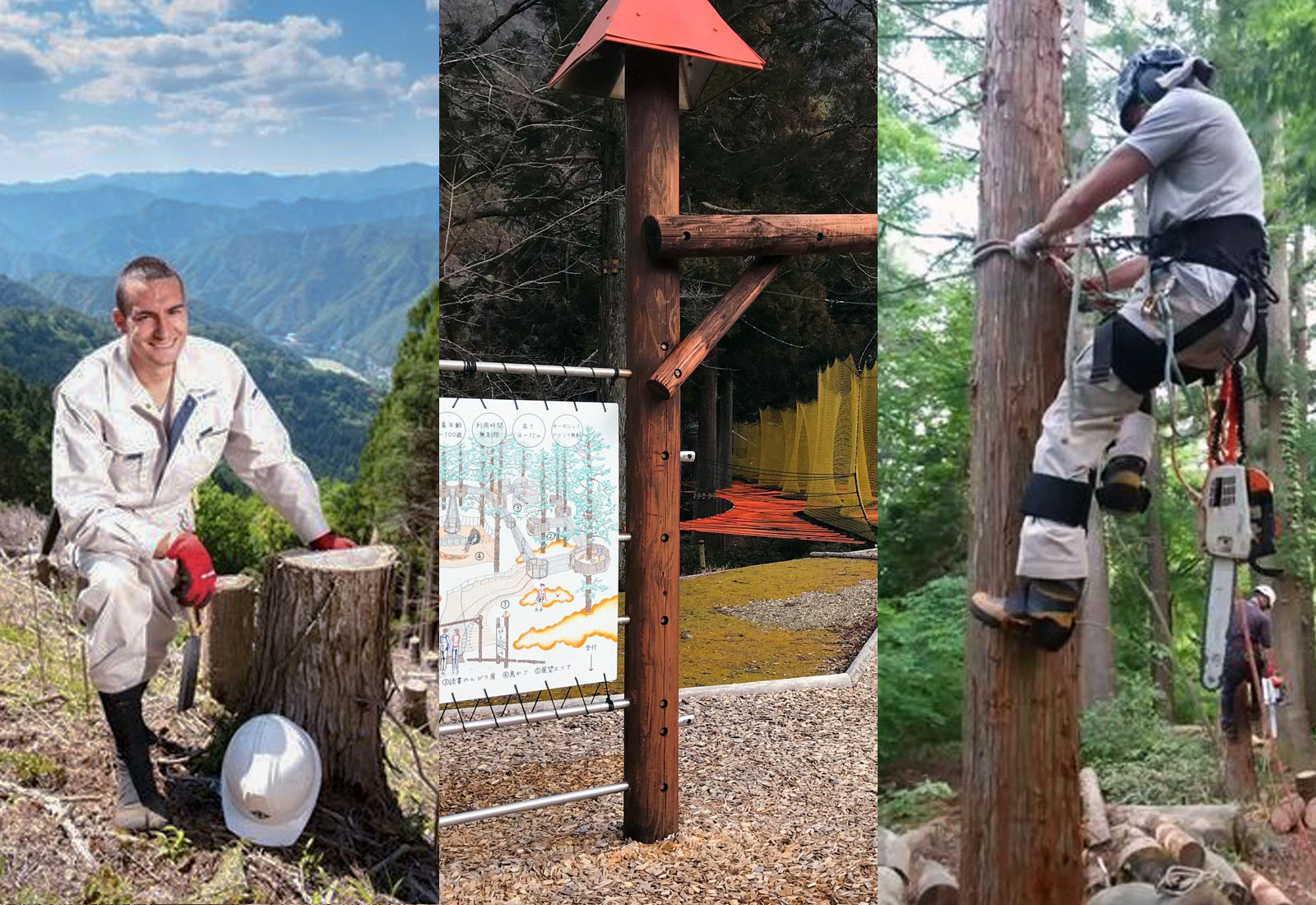 At a logging site on a steep mountain overlooking Totsukawa Village (L), begins to look more attractive (M) and learn to climb a tree for size (R). Photo: Jolan Ferreri

When Ferreri – who hails from Grenoble in France – joined the Division of Agriculture and Forestry at the Totsukawa Village Office, he was thrown into the deep end. He had signed up to learn Japanese forestry from scratch.

Ferreri had just completed the two-year International Management Course (IMC) at the School of Business at Kwansei Gakuin, a prestigious private university in the Nishinomiya Mountains between Kobe and Osaka. Thus, he went from an international MBA graduate to a village lumberjack.

While applying for graduate jobs in Japan, Ferreri’s childhood interest in nature and forestry resurfaced. When he asked one of his college professors about the possibility of getting a job at a forestry company in Japan, he was introduced to Totsukawa. This village, in the heart of the mountains of the Kii Peninsula, has a long-standing forestry tradition.

In the summer of 2011, after Typhoon Talas devastated the natural environment of Totsukawa, villagers recognized their duty to invest in mountain protection by revitalizing forestry. The timing was perfect for Ferreri to knock on the door of the village office.

After a tour of the village led by the deputy mayor, Ferreri was given the opportunity to apply for a position in Totsukawa as part of a government-sponsored regional revitalization program. After several rounds of interviews, he was accepted on a three-year contract which started in November 2016.

The dilemma and solution 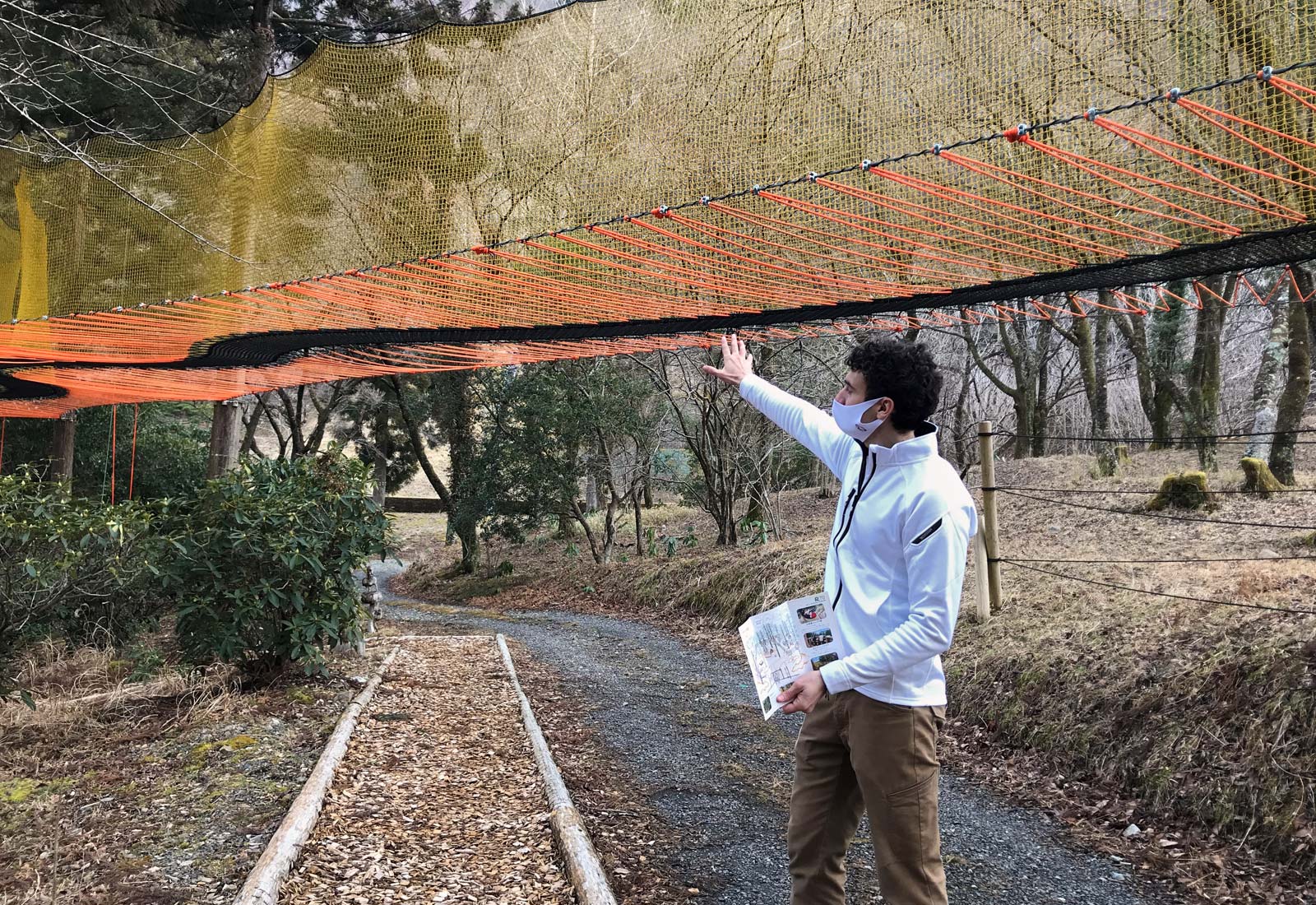 Totsukawa’s population has steadily declined as elsewhere in rural Japan.

Young people are not interested in the family forest and do not want to work in forestry. They leave the village to go to work in town while experienced forest workers retire. As a result, the pool of skilled forest workers is rapidly shrinking and forest management is neglected.

“Nature is abundant all around, but the vitality of the local community is lost. The village desperately needs people to come and settle here who would like to engage in forestry work,” says Ferreri.

“I thought I could do to help revitalize the village beyond my three-year term. How could Totsukawa attract people to visit and hopefully fall in love with the area, thus creating potential for people moving here,” he adds.

Ferreri grew up in the French Alps where he experienced the forest being used for recreational purposes rather than just being seen as a resource.

“I wondered if there could be a recreational forest in Totsukawa and what it would look like. At the same time, I also wanted to create my future workplace here in nature. That’s how the idea was born. of Kuchu no Mura.

The study of the forest 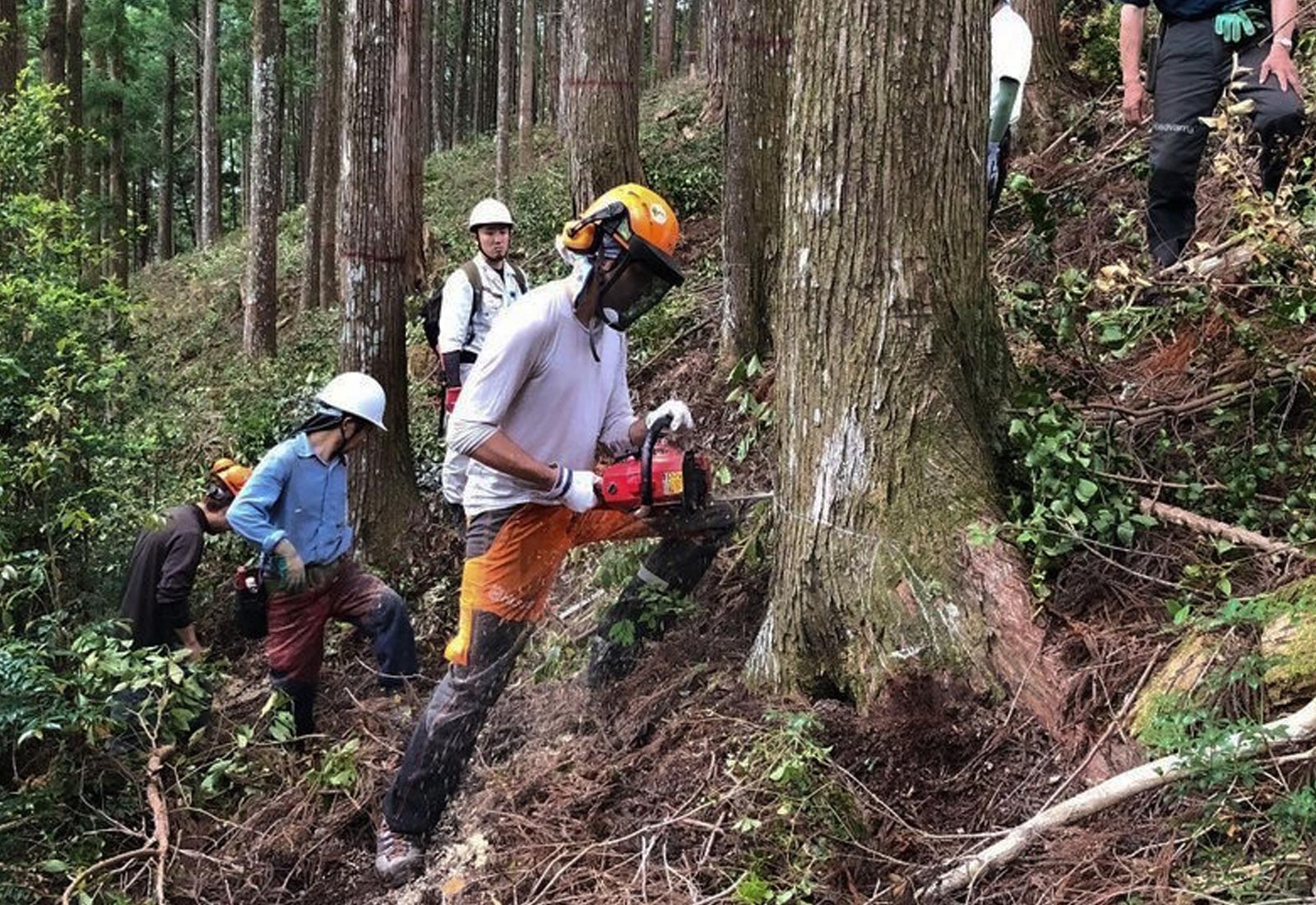 Jolan Ferreri operating a chainsaw and cutting down a tree under the watchful eyes of his Totsukawa forestry colleagues. Photo: Jolan Ferreri

“I had to find out about all local tree species, their growth cycle and all forestry jobs and forest machinery. I was taken in various forest sites and I had to remember all the stages of forest management. There is a lot of work before logging, in the form of maintenance, pruning and thinning the forest, “says Ferreri.

“There were many nice people who helped me adapt to Totsukawa life and who happily passed on their knowledge of forestry to me,” he recalls.

The Forest Owners Association of Totsukawa has many members, and there are more than 20 local companies engaged in commercial forestry and other three companies involved sawing and wood processing. 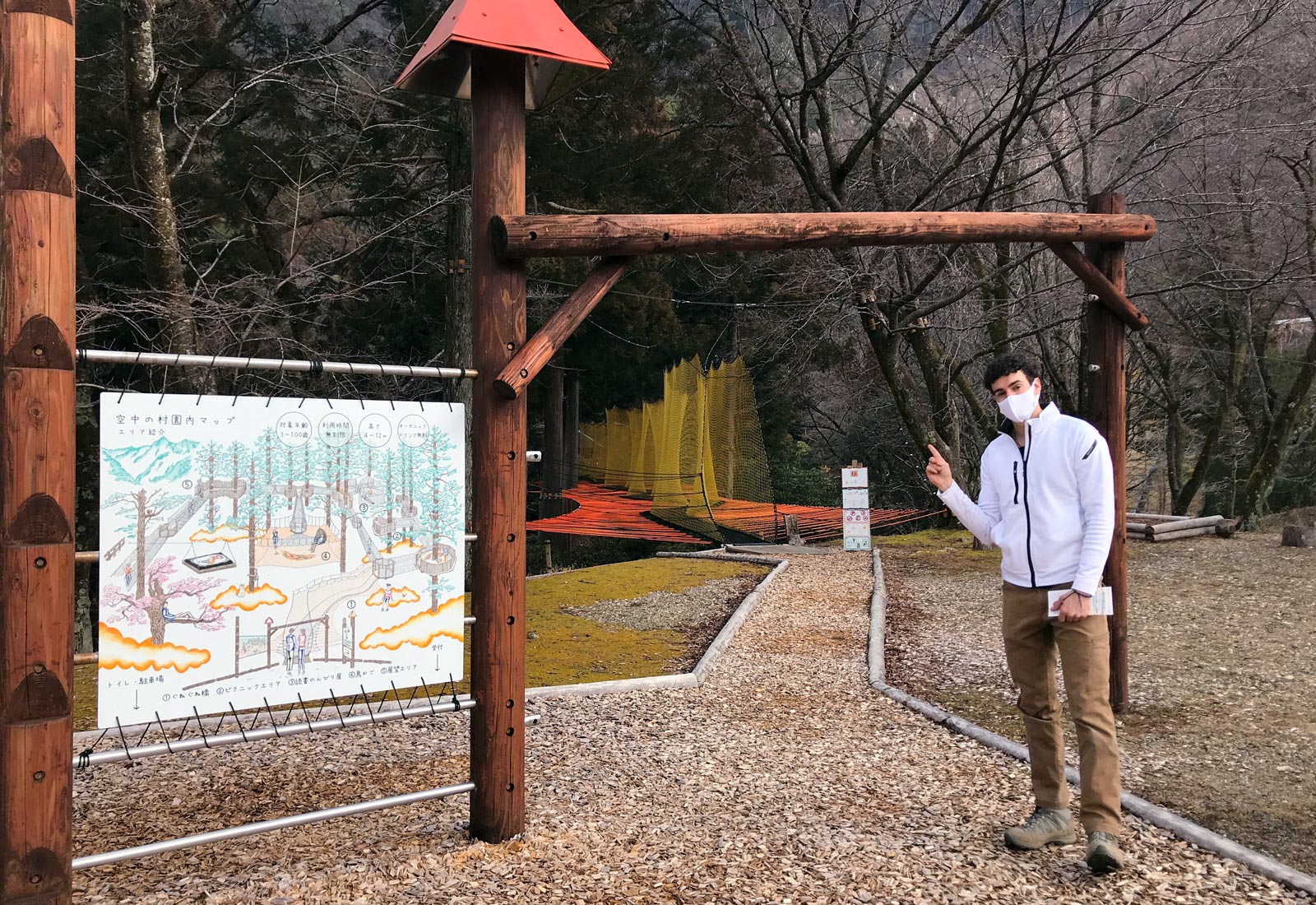 Ferreri introduces visitors to its playground in the trees. Photo: Alena Eckelmann

Besides being a source of timber, the forested mountains of Totsukawa are a rich reservoir of water, and the forest also protects the area from massive landslides like the ones in 2011.

“Forestry is in decline all over Japan, and in Totsukawa too. The town tries to revitalize Forest Totsukawa by introducing a western forestry system, including forestry planning and the use of advanced machinery. I thought I could help them by being kind of an intercultural bridge,” he recalls.

Totsukawa started cooperating with Switzerland, which is a country with a sustainable forest management system where natural regeneration is encouraged and clearcutting is the exception. A group of forestry trainees came to Totsukawa and Ferreri was assigned to guide and interpret them.

“Village in the sky” A 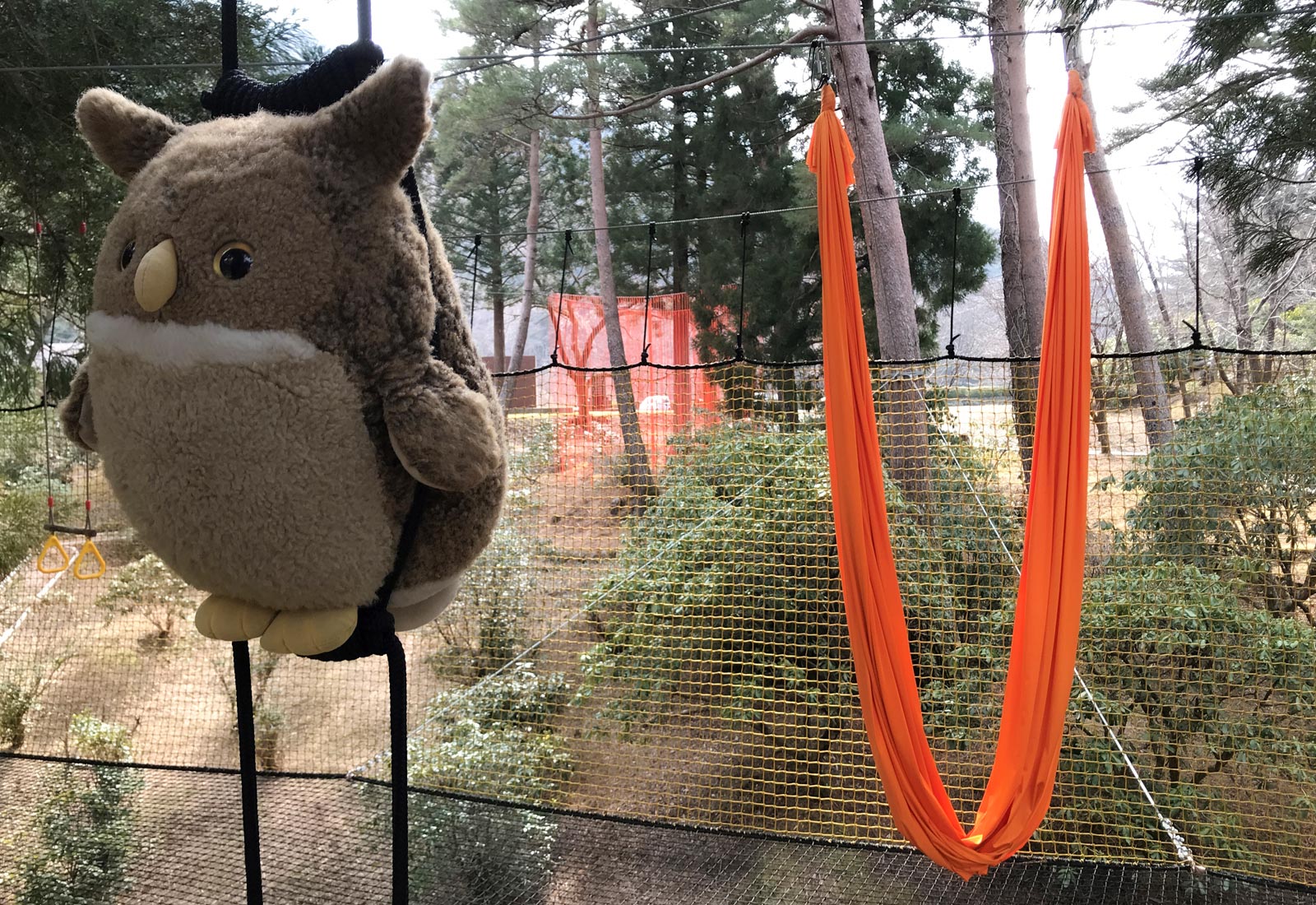 One of the experience stations in Kuchu no Mura. Photo: Alena Eckelmann

You can enjoy a relaxing recreation crossing a mesh suspension bridge, having a picnic or drinking organic coffee or tea in a tree house while browsing nature-themed books in the corner of the books on top of the trees, or relax in the nap space, a kind of “bird’s nest” where you feel like you are floating in the air.

True to its ecological vision, the wooden railings around the five in-air experience zones also serve as a space for environmental education. Short explanations of ecological concepts are carved into the wood. 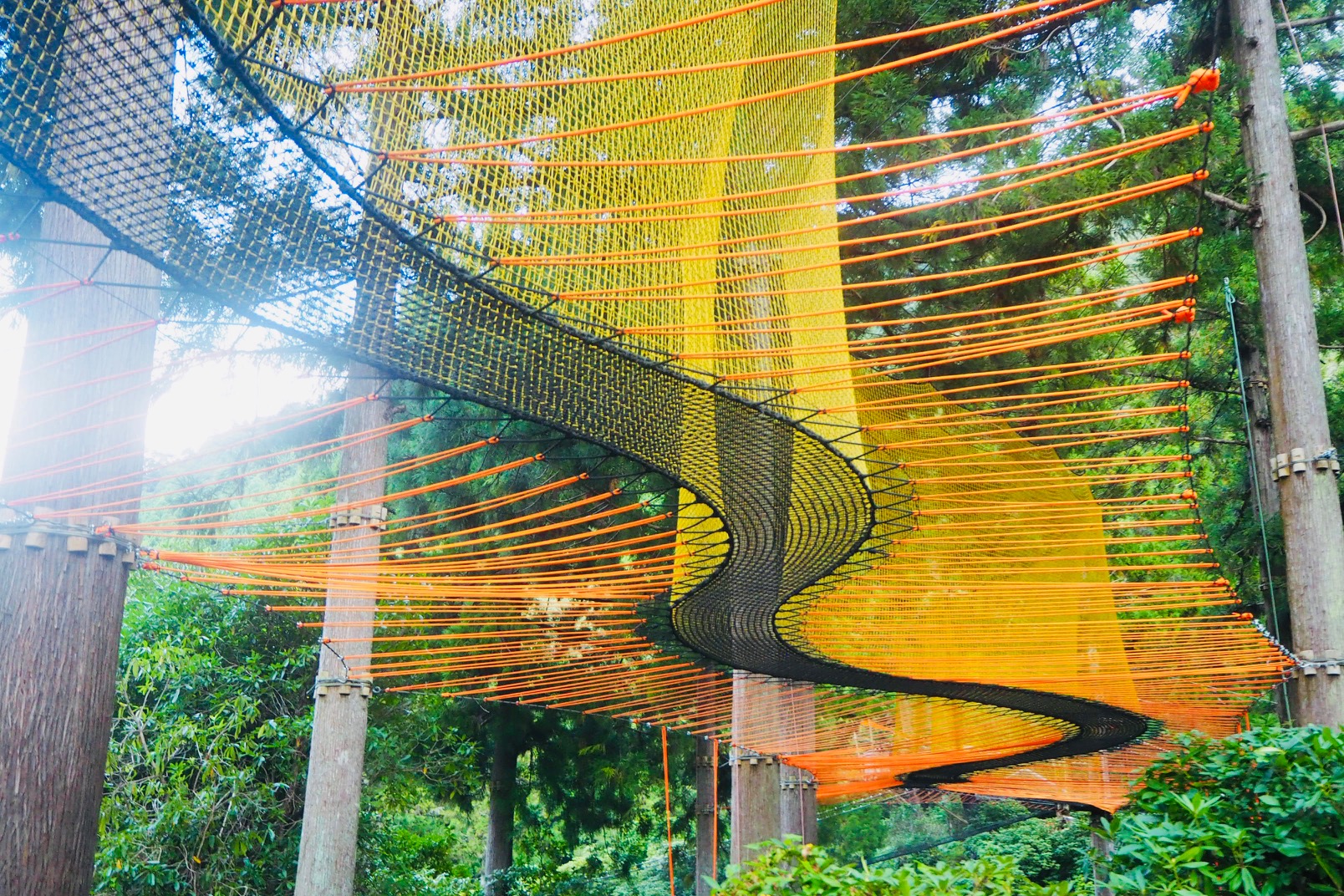 “It’s a forest bath that suits all ages. I tend to say of 3 to 100 years. You can be as active or passive as you like under the green canopy of trees up to 12 meters high, the most important of all, I want you to relax and enjoy “.

With each new visitor to Kuchu no Mura, he sees his dream of revitalizing Totsukawa by attracting potential new residents come true, whether or not they would work in forestry remains to be seen.