Shocking moment The ride at the Brazilian amusement park collapses onto the platform, leaving three people injured, including a 4-year-old boy, who may need surgery

By Adry Torres for Dailymail.com

Three people, including a four-year-old boy, were seriously injured after a ride fell onto a platform at an amusement park in São Paulo state, southeastern Brazil.

A passer-by appeared to be filming the child sitting on one of the chairs of the carousel which was being raised from the Diego Park platform in the municipality of Itanhaém on Sunday evening.

The ride, which was meant to resemble a NASA spacecraft, hovered about 20 feet above the ground for a second before crashing down. 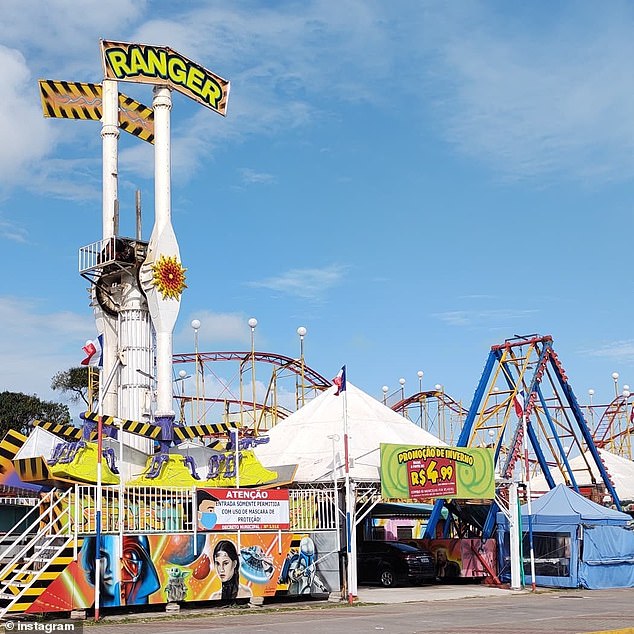 The impact of the sudden collapse shocked the child, who luckily remained attached to the chair and did not fall.

The three victims, including a 25-year-old woman and her 12-year-old son, were treated by park paramedics and rushed to Irmã Dulce Hospital.

The four-year-old suffered injuries to his abdomen and spine. On Tuesday, doctors were still evaluating imaging reports to determine if he would need surgery.

The woman and her 12-year-old son were each diagnosed with L2 vertebral fractures. They are discharged from the medical facility and will need to wear a splint while recovering at home.

Diego’s Park remained closed on Monday as inspectors investigated the cause of the accident. 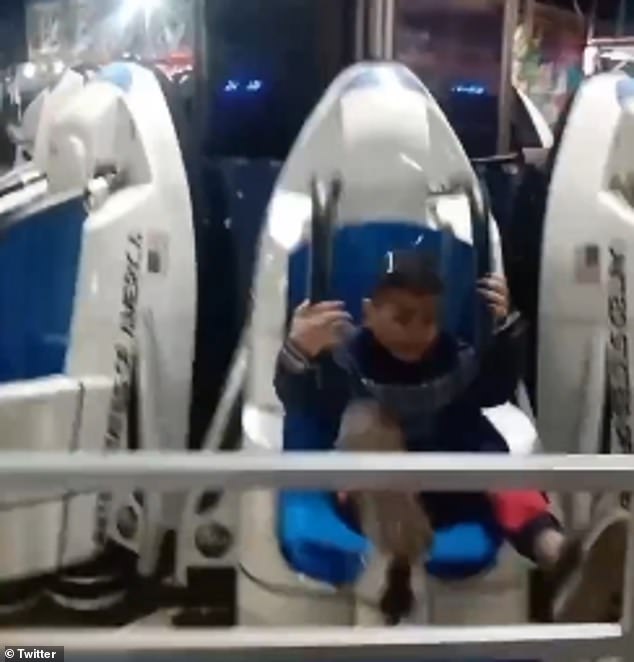 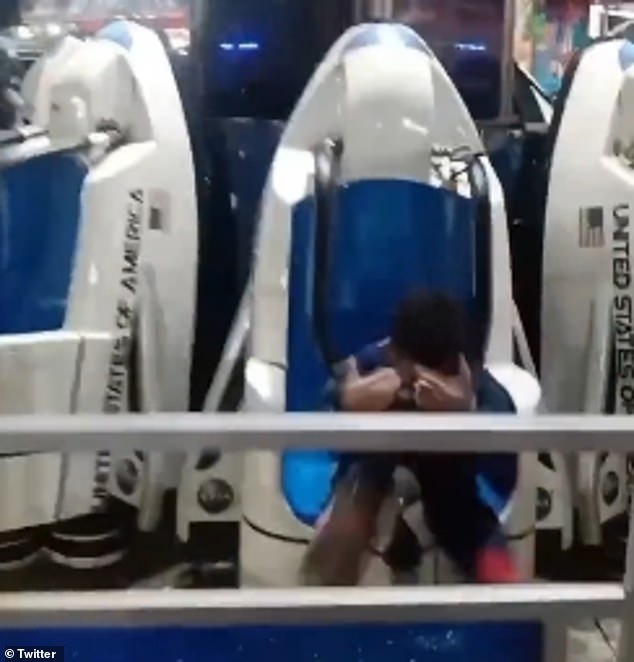 The boy was among three people, including a 25-year-old mother and her 12-year-old son, who were injured in the scary accident at the amusement park in São Paulo, Brazil.

The city government said Diego’s Park was operating with a temporary permit issued by the fire department. It is due to expire on November 23.

In a statement obtained by Brazilian online news network G1, Diego’s Park said it had been in contact with the two families involved.

The amusement park added that its inspection log for the structural and electrical safety of rides was up to date and that all rides were inspected daily and undergoing regular maintenance.

Diego’s Park said it was hiring an independent inspector to investigate the accident. 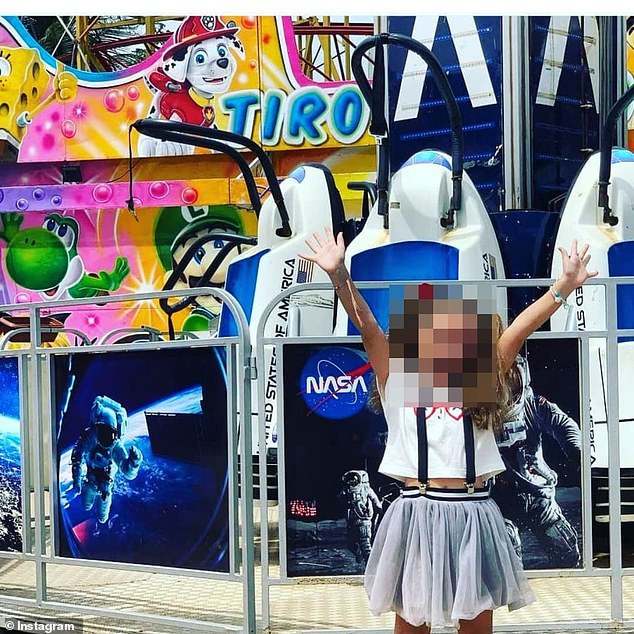 The ride at Diego’s Park that was involved in Sunday’s crash is meant to resemble a NASA spacecraft. The amusement park has been closed since Monday as city inspectors investigate the incident

The crash comes after at least 10 people were injured when the roller coaster they were riding derailed at an amusement park in Maranguape, Fortaleza on September 6.

One of the victims said everything was fine for the first two laps, but then the cars made a noise like a creak, moments before one of the carts jumped off the track at approaching a bend.

Authorities said the crash was caused by a broken part in one of the carts.